Contemporary music has its own sets of curatational rules, that let the field appear heavily tied to institutions and slow in adapting changes. Yet the curational practices in contemporary music have changed significantly in the past years challenging the concept of contemporary music as a aesthetic field of its own. In my talk I will describe possible strategies of opening the aesthetic scope of contemporary music toward postcolonialism, diversity but also toward popular culture and other artforms. I will reflect upon my experience as artistic director of free lance projects such as Audio Poverty (Haus der Kulturen der Welt, Berlin, 2009), Eclat Festival (Stuttgart, 2014-2015) and Donaueschinger Musiktage (Donaueschingen, 2015-2021). From this practise I have developed a set of constellations that effect decision making which I call the curator’s matrix and which I will introduce in the course of the talk. I will also talk about two special projects that reflect and discuss desiderata of contemporary music curating, one being Defragmentation (2016-2018) – a research project with Darmstädter Ferienkurse, MaerzMusik and Ultima Festival, and Donaueschingen Global (2019-2021) – a research and concert project which will be presented in Donaueschingen 2021. 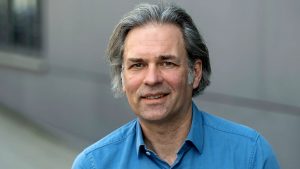 Björn Gottstein (*1967 in Aachen, Germany) is a musicologist and journalist from Stuttgart, Germany, specializing in modernism, the avant-garde, and electronic music. Since April 2013 he has been working as producing editor for Südwestrundfunk. In 2015 he became artistic director of the Donaueschinger Musiktage. He regularly hosts and produces new music programs for the public radio stations in Germany and writes for journals such as Neue Zeitschrift für Musik und MusikTexte. From 2005 to 2015 he was editorial advisor for the journal Positionen. His book Musik als Ars Scientia appeared in the PFAU press in 2006. He has curated festivals such as Audio Poverty – a conference on music and poverty (Berlin, 2009) and Faithful! Fidelity and Betrayal of Musical Interpretation (Berlin, 2012). He has taught at Darmstädter Ferienkurse, Technische Universität Berlin, Hochschule für Musik Basel and Universität der Künste Berlin.