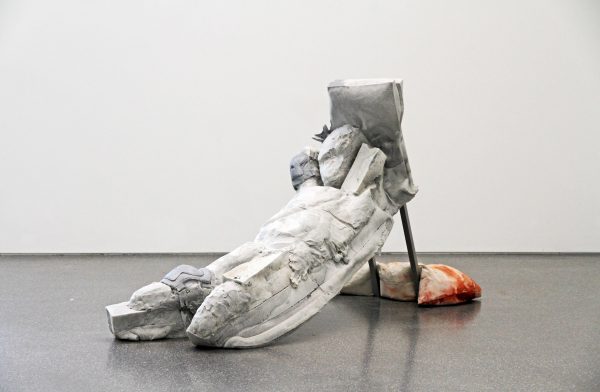 Damian Jurt presents a series of exhibitions he realized as curator at the Bündner Kunstmuseum Chur and Kunsthaus Pasquart Biel/Bienne, respectively. His exhibitions essentially tell stories. They reflect what happens in real life much as non-fiction novels do. For example, currently at the Bündner Kunstmuseum Ludovica Carbotta (*1982, I) is looking at the family as a crisis-ridden structure and places it in relation to aspects such as identity or self-determination. In his curatorial work Damian Jurt puts particular emphasis on the relationship between site-specific conditions and their overarching discourses. His exhibitions reveal politics in the private sphere, the control in freedom or the transience of life. Between fact and speculation Damian Jurt tests out the exhibitions as sounding boards examines their potential as a space for new insights and knowledge.

Damian Jurt is curator at the Bündner Kunstmuseum in Chur. From 2014 to 2019 he was associate curator at the Kunsthaus Pasquart in Biel/Bienne. Damian Jurt belongs to a generation that considers the role of the curator to be broad and varied. His curatorial approach consists in researching architectural, digital, and institutional situations in which the multidisciplinary dimension of socio-critical art can intervene. This concept flows into exhibitions, texts and lectures partly through cooperative projects, partly in the Internet, and also within the institutional context. He has curated exhibitions of works by artists such as Céline Condorelli, Kemang Wa Lehulere, Aernout Mik, Donatella Bernardi, Michael Sailstorfer, Maria Serebriakova, herman de vries, Marie José Burki, RELAX, Andriu Deplazes, Flurina Sokoll, Sinae Yoo, Aram Bartholl, Delphine Reist, Adrien Tirtiaux, Vito Acconci, Roland Roos, Christian Falsnaes, Markus Raetz, and many others.