OFF-Biennale Budapest is the largest independent contemporary art event in Hungary. It was launched in 2014 as a grassroots statement project that was to testify to the independence, resilience, and capability of the local art scene. Started and sustained by a handful of art professionals, the one-time event has since turned into an independent platform where art engages with pressing issues, and the underlying dialogues and collaborations of artists, curators, researchers, and various civic groups can be nurtured and promoted on a local as well as international level. OFF has never applied for Hungarian public funding and steered clear of state-run art institutions—a policy that, while it counters the project’s principles of cooperation, sharing, and serving the common good, is still deemed necessary in order to preserve freedom of expression and professional integrity. A prefigurative political practice, OFF has been performing an art institution that operates democratically and sustainably – thus, according to principles we wish would become the norm in Hungary’s cultural scene.

The lecture will introduce the aims, methods, and various phases of the project and give an overview of its upcoming 3rd edition, to be presented between 23 April and 30 May 2021. 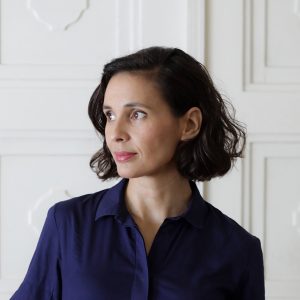 Hajnalka Somogyi is a curator based in Budapest. Since 2014, she has worked as leader and co-curator of OFF-Biennale Budapest, which she initiated. In 2013-2014, she was editor of artmagazin.hu. Between 2009 and 2012 she was curator at Ludwig Museum of Contemporary Art, Budapest, and between 2001 and 2006 at Trafo House of Contemporary Arts, Budapest. She co-founded the independent art initiatives Dinamo and Impex, both in Budapest.