The Ghost Ship & The Sea Change:  how to turn an archaeological dig into a building site for the future

Lisa Rosendahl will talk about her current curatorial work with the Göteborg International Biennial for Contemporary Art (opening June 2021) as a way to reflect on art exhibitions as sites of alternative historiography.

The 2021 edition of the biennial, The Ghost Ship & The Sea Change, will coincide with the 400-year anniversary of the city of Göteborg. This prompts the biennial to relate to the many historical layers of the city, exploring how narratives about its past might affect its future.

A plot of land in the city´s harbour called Franska tomten (the French plot of land) will be used as the overall “plot” of the biennial. The site got its name in 1784 when it was exchanged for the Caribbean Island of Saint-Barthélemy as part of a trade agreement between Sweden and France. While the French were given free trade rights in Göteborg, Sweden took over the colonial administration of Saint-Barthélemy. The apparent symmetry between the two plots of land conceals a deeply asymmetrical relationship: until 1847 the Swedes’ main economic activity on the island were connected to the transatlantic slave trade.

Departing from the double meaning of the word plot as both site and narrative device, the biennial will deploy Franska tomten as a historiographical tool: In what way might using the material, historical and symbolic layers of this plot of land as a narrative device alter our way of thinking about the history of the city? What could artists responding to this physical and narrative plot make visible to us that the public institutions and history books currently do not? 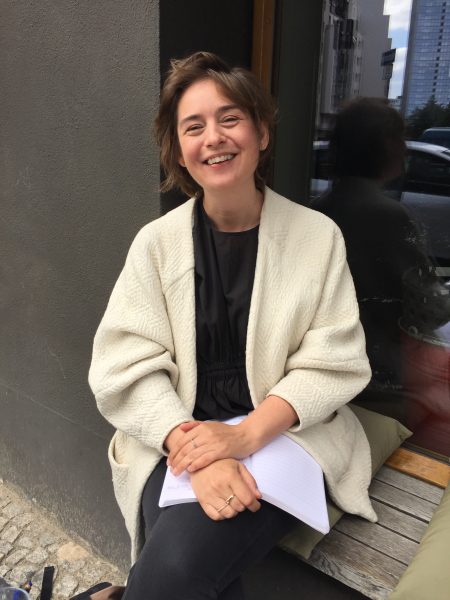 Lisa Rosendahl is a Swedish curator and writer based in Berlin. She is currently the curator of the 2019 and 2021 editions of the Göteborg International Biennial for Contemporary Art (GIBCA). Since 2018, she is Associated Professor of Exhibition Studies at Oslo National Academy of the Arts. For the last few years her curatorial practice has been engaged in long term projects researching industrial Modernity in Scandinavia, resulting in exhibitions such as Extracts from a Future History (Public Art Agency Sweden, 2017) The Society Machine (Malmö Konstmuseum 2016-17) and Rivers of Emotion, Bodies of Ore (Trondheim Kunsthall, 2018). As a freelance, she writes and lectures internationally and has curated exhibitions at Moderna Museet (Stockholm) Kunsthal Charlottenborg (Copenhagen) and INIVA (London) amongst other places. Previous positions include Curator at Public Art Agency Sweden (Stockholm, 2014-17) Director of Iaspis, the Swedish Arts Grants Committee’s international program for visual art, architecture, design and craft (Stockholm, 2011-13) Director of Baltic Art Center (Visby, 2008-10) and Director of Exhibitions at Lisson Gallery (London, 2003-6).