Art as a Site for Anticipatory Learning 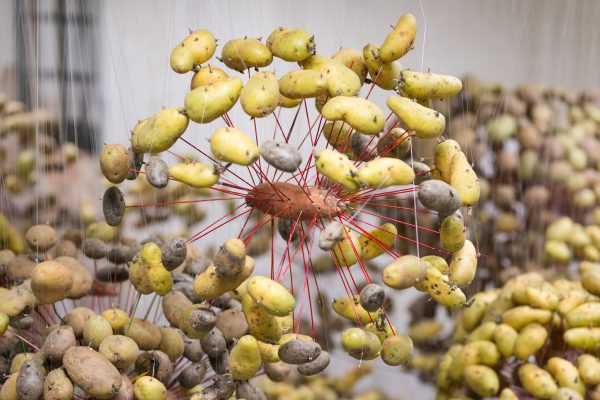 In her talk, director of BAK, basis voor actuele kunst in Utrecht Maria Hlavajova discusses the notion of “anticipatory learning” as a point of convergence between art and politics. Hlavajova draws from BAK’s ongoing research itinerary Propositions for Non-Fascist Living (2017-ongoing), and in particular its 2019/2020 sequence Trainings for the Not-Yet, an “exhibition as a series of trainings for a future of being together otherwise,” co-convened with artist Jeanne van Heeswijk. The talk further inquires into the aesthetico-political processes of “instituting otherwise” as a way to accommodate public collective pedagogies and prefigurative politics driven by the social, ideological, environmental, and technological urgencies of the present.

Maria Hlavajova is founding General and Artistic Director of BAK, basis voor actuele kunst, Utrecht, since 2000. In 2008–2016, she was Research and Artistic Director of the collaborative research, exhibition, and education project FORMER WEST, which culminated in the publication Former West: Art and the Contemporary After 1989 (which she co-edited with Simon Sheikh, 2016). Hlavajova has instigated and (co-)organized numerous projects at BAK and beyond, including the series Propositions for Non-Fascist Living (2017–ongoing), Future Vocabularies (2014–2017), New World Academy (with Jonas Staal, 2013–2016), among many other international (research) projects. Her curatorial work includes Call the Witness, Roma Pavilion, 54th Venice Biennale, 2011; Citizens and Subjects, Dutch Pavilion, 52nd Venice Biennale, Venice, 2007; and Borderline Syndrome: Energies of Defense, Manifesta 3, Ljubljana, 2000. Among publications she edited are Toward the Not-Yet: Art as Public Practice (with Jeanne van Heeswijk and Rachael Rakes, forthcoming 2021); Deserting from the Culture Wars (with Sven Lütticken, 2020); Propositions for Non-Fascist Living: Tentative and Urgent (with Wietske Maas, 2019); Posthuman Glossary (with Rosi Braidotti, 2018); and Marion von Osten: Once We Were Artists (with Tom Holert, 2017).  She is Lecturer at HKU University of the Arts, Utrecht. In addition, Hlavajova is co-founder (with Kathrin Rhomberg) of the tranzit network. Hlavajova is a member of the Supervisory Board of the European Cultural Foundation, Amsterdam, and of the Advisory Boards of Bergen Assembly, Bergen and IMAGINART Imagining Institutions Otherwise: Art, Politics, and State Transformation, University of Amsterdam. She lives and works in Amsterdam and Utrecht.