How do exhibitions perform? How to listen?

In this talk, Paz Guevara approaches two questions related to the medium of the exhibition and the curatorial self-reflection through three case presentations, inviting the audience to co-reflect on them. By interrogating the agency of the medium, the social, cultural and political capacities of exhibitions will come to the front.  The research-based exhibition Parapolitics: Cultural Freedom and the Cold War, (2017-18, Haus der Kulturen der Welt, Berlin), devoted to the global dimension of cultural politics in the Cold War, will lead us to the examination of the interdependencies between the political and aesthetic struggles of the era, and the rarely remembered exhibitions organized by the Congress for Cultural Freedom –CCF (1950-1967). At the crossroads of cultural and modernization policies, the role of those exhibition in thechanging meanings of modernism, will give us clue to reflect on the ideological foundations of today’s ‘global’ contemporary art. In turn, against the grain of the canon of modernism, which exhibitions such as those by the CCF helped to forge, the talk will turn to listen to practices, stories, songs and epistemologies that instigate awareness, transformation, re-inscription and critique of the dominant narratives of modernism, from the project Afro-Sonic Mapping. Tracing Aural Histories via Sonic Transmigrations (2019, Haus der Kulturen der Welt, Berlin) to the concept of  ‘conversation’ (how to listen) by Mapuche ‘oralitor’ Elicura Chihuailaf, from the community of Kechurewe in the southern of Chile, and his intervention in the colonial collection of the Gallery of New South Wales at the current Biennial of Sidney. 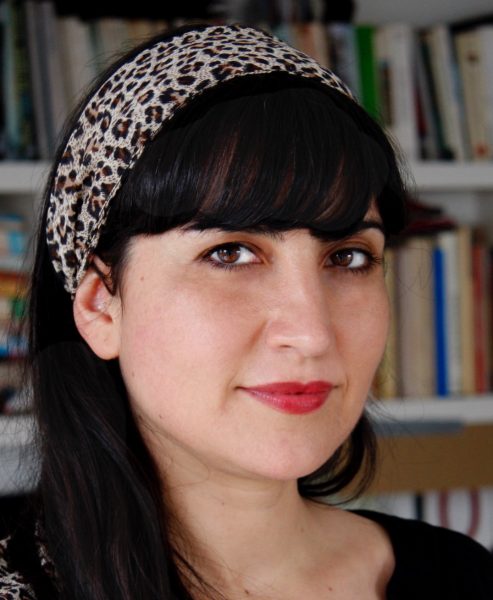 Paz Guevara is a curator, researcher and author. Since 2015 she works at Haus der Kulturen der Welt – HKW in Berlin, Germany, where she collaborates on the long-term project Kanon-Fragen that questions dominant cultural narratives. In this context, she curated Afro-Sonic Mapping. Tracing Aural Histories via Sonic Transmigrations (2019) and co-curated Parapolitics: Cultural Freedom and the Cold War (2017-2018, together with Anselm Franke, Nida Ghouse and Antonia Majaca). She has also contributed to the documentary exhibition Past Disquiet at HKW with research on South American artists and museums involved in the solidarity movement and to the conference programs of A History of Limits (2016), Love and Ethnology (2019), and De-Centering Narratives (2019). In 2011 and 2013, she co-curated the Latin American Pavilion at the Venice Biennale. Guevara has conducted several conversations with cultural practitioners; most recently, she has published conversations with Elicura Chihuailaf  (NIRIN NGAAY, Biennale of Sydney, 2020), Marcela Moraga (Villa Romana, Florence, 2020), and Marco Montiel-Soto (Centro Atlántico de Arte Moderno, Spain, 2019).