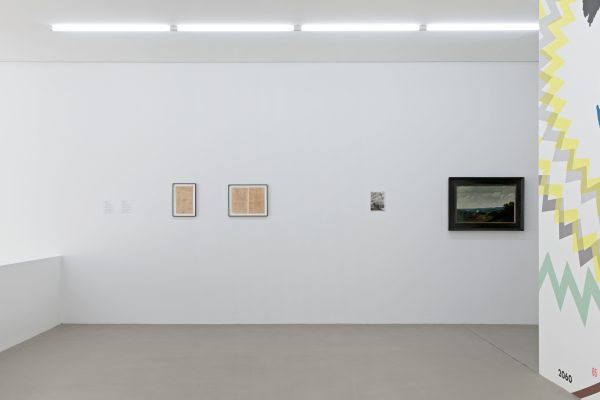 Taking the exhibition Circular Flow – On the Global Economy of Inequality, which I put together for Kunstmuseum Basel Gegenwart in 2019, as a starting point, I would like to discuss how, as curators, we might attempt and – within the drawer-based logic of a museum where most of the programming is based on a rigid, so-called “scientific” separation between certain time periods, media and departments (the latter not infrequently represent or are inevitably associated with the former, for example, “Kupferstichkabinett”) and which in most cases produces either solo exhibitions on the one hand or canonical groupings on the other (for example, “Minimal Art”) – may seek to create for ourselves a speculative and associative no-man’s-land, a field of action that exploits the interstitial spaces (between the abovementioned demarcations) that otherwise do not interest the institution. At the same time, the talk is about how the simultaneity of the non-simultaneous of the museum’s collection could be critically actualized from the perspective of the present in such a way that it can become some kind of ammunition against the order of the present.

Søren Grammel is a curator for contemporary art. He is currently working on the exhibition Isa Genzken – Works from 1973 to 1983, which, after a first station at the Kunstmuseum Basel, will also be on view at the Kunstsammlung Nordrhein-Westfalen, K21, in Düsseldorf from May 8, 2021. From 2013 until October 2020, Grammel has been Head of the Department of Art Since 1960 / Contemporary Art at Kunstmuseum Basel. Previous posts include Director of Kölnischer Kunstverein, Director of Grazer Kunstverein, Curator-in-Residence at Akademie der bildenden Künste Vienna, Curator at Kunstverein München, or Artistic Director of the Videonale 9 in Bonn. A recurring motif in his exhibitions is the linking of artistic discourses with social issues, as for example in Circular Flow – On the Global Economy of Inequality (2019/2020), Martha Rosler & Hito Steyerl: War Games (2018), One Million Years – System und Symptom (2014), Public Folklore (2011), The Symbolic Commissioner (2010), A person alone in a room with Coca-Cola-Colored Walls (2006) or, It Is Hard To Touch the Real (2001–2006). An almost complete timeline of his curated exhibitions and publications can be found on: facebook.com/soerengrammel/ and some further info on: www.soeren-grammel.info