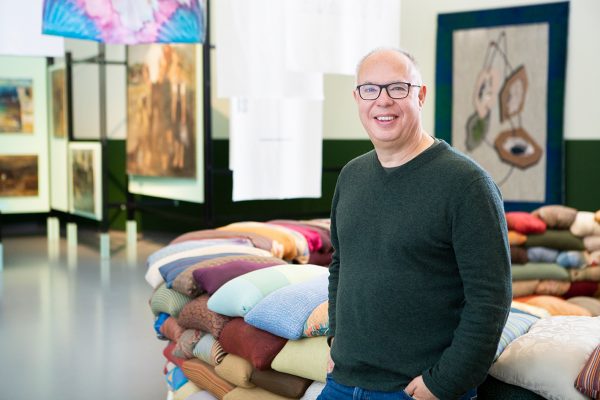 Taking decolonial thinking as the broad context of within which the Van Abbemuseum works, demodernising curating and collections is a particular task that this European art museum has taken on. Demodernising curating means first to recognise the indivisible connection between coloniality and modernity and to respond to that by questioning the logic of the modern as a methodology for working with art, collections and museums.

The talk will look at the broad issue of the decolonial/demodern in relation to museums of modern art, starting with the establishment of the historical narrative of the New York institution that established the blueprint for other museums of modern art across the north Atlantic and their settler colonies. I will then take Van Abbemuseum and its relatively mainstream modern art collection as a case study in some of the options that could be used to decolonise/demodernise art history. Finally, I’ll suggest a few ways of working with communities/constituencies around the museum that can shift the narrative of the modern art museum and its users and raise questions about the museum’s role in civil society.

Charles Esche is director of Van Abbemuseum, Eindhoven and professor of contemporary art and curating at Central Saint Martins, University of the Arts, London where he works with Exhibition Studies. He is a visiting professor at Jan van Eyck Academie, Maastricht and chair of CASCO, Utrecht. He is currently writing a book on Demodern Thinking with Prof. Walter Mignolo and preparing an exhibition project in the Netherlands, Indonesia and Australia provisionally called The Four Soils for 2023/4.
Outwith the Van Abbemuseum, he (co-)curated Power and Other Things, Europalia, BOZAR, Brussels 2017; NSK State Pavilion, Venice Biennale, 2017; Art Turns, Word Turns; Museum MACAN, Jakarta 2017; Le Musée Égaré, Kunsthall Oslo 2017 and Printemps de Septembre, Toulouse 2016; Jakarta Biennale 2015; 31st Sao Paulo Bienal, 2014, U3 Triennale, Ljubljana, 2011; RIWAQ Biennale, Palestine, 2007 and 2009; Istanbul Biennale, 2005; Gwangju Biennale, 2002 amongst other exhibitions.. He received the 2012 Princess Margriet Award and the 2014 CCS Bard College Prize for Curatorial Excellence. From 2000-2004 he was director of Rooseum, Malmö, Sweden and before that worked at protoacademy, Edinburgh and Tramway, Glasgow in Scotland.