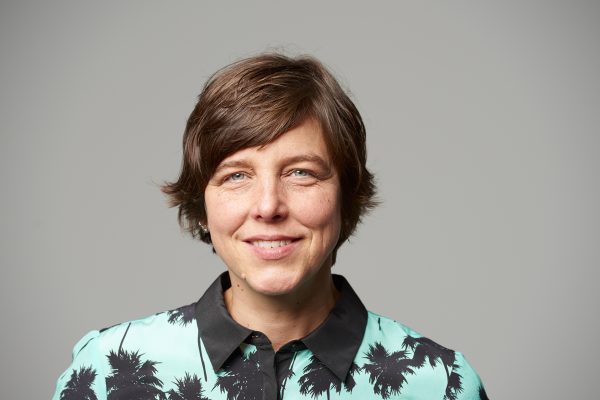 My curatorial practice is rooted in trans-disciplinary research, site-specific intervention and questions on social engagement. Therefore I focus on affirmative artistic practices. Paired with the aim to evolve common experience between curator(s) and artist(s) on a most early point, my curatorial ventures start predominantly through discursive action such as interdisciplinary gatherings open to a non-art-audience and understand coincidences as prerequisites. Starting from such mere and multifaceted grass roots grants equality to all kind of artistic, curatorial and social processes. From a curating point of view, such turbulent set ups help breaking ground to unexpected collaborations in order to deploy perpetual artistic and curatorial re-arrangements.

As a curator it is to me of vital importance to foster situations where concerted action initiates immediate discourse, running along the intersections of theoretical (dis)order and precise artistic (joint) ventures. At the same time coordinator, conceptual artist and social worker. Also in the role as a mediator with the mission to translate processes into aesthetic formats, I pursue ephemeral strategies of the non-representative: acting curatorial is acting political. To me, the activity of curating signifies back to its stem curare—in all respects.

During my studies in the Postgraduate Programme in Curating, I researched the theory and experienced the practice of relational aesthetics in a substantial manner. My master thesis revolves on how relational, socially engaged and community based artistic approaches can lead into a documentary based curatorial setting while preserving their presentness and immediacy.
The most valuable achievements during my time as a student (2012¬—2014) were getting involved into emerging discourses such as on institutional critique or on artists as curators as well as on feminist theories. Furthermore I gained many eye-openers due to our student’s round tables as they were not just internationally but even intercontinentally. Finally I received significant support by my mentors regarding my master thesis for that I seized the opportunity to develop a partially independent theory.

Working as assistant curator for the Museum Bellerive/Museum für Gestaltung Zürich during my Master Studies that were followed by teaching activities in the Postgraduate Programme in Curating, I’m currently coordinator of events and exhibitions at Fundaziun NAIRS – Centre for Contemporary Art in Scuol, an artist-in-residence programme and exhibition venue in the Swiss alpine region of Lower Engadine. Since 2011 I’ve been working as an independent curator in Zürich and Berlin. In 2003 I co-founded together with Daniela Petrini data | Auftrag für parasitäre* Gastarbeit as such we have been artistically active since then, based in Zürich and Basel. Introducing social aspects into the art field are in the foreground of the mostly site-specific interventions. First educated as a graphic designer I hold a diploma in Theory of Arts and Design ZHdK and graduated in 2014 with an MAS in the Postgraduate Programme in Curating.
As a professional in the curatorial field I received knowledge in curating and coordinating museum exhibitions, arts administration, editing publications, conservational care for collections, in programming and implementing educational programmes as well as in event coordination and institutional communications.