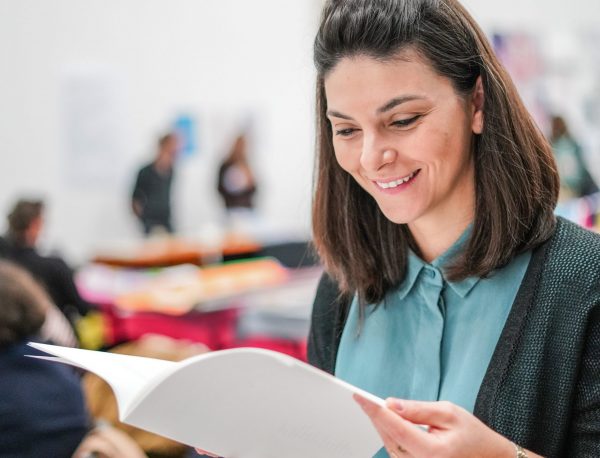 Giovanna Bragaglia is an independent curator based in Zürich and currently a scientific researcher for the MAS Curating Programme in ZHdK and part of the curatorial team of the OnCurating Project Space. She has worked in contemporary art institutions in Brazil such as Paço das Artes and Instituto Moreira Salles, in São Paulo and in Rio de Janeiro.

As an independent curator she holds a particular interest in issues dealing with notions of hospitality and encounters in relation to deterritorialized geography. In a world that presents itself constantly hostile and displaced, it is through creation of new constellations that we seek to survive and avoid the shipwreck. As a curator her aims are to question, investigate, doubt, research, encounter, mediate, create and question again.

She has curated a range of versatile exhibitions ranging through an interesting gamut of topics. She curated “inter:archive” (2020), and “Silvan Kälin: Homo Viator”(2018), both at OnCurating Project Space, in Zürich, the itinerant exhibition “Alice Brill: Impressões ao rés do chão” (2015-2016), at Instituto Moreira Salles, in São Paulo and Poços de Caldas, co-curated the exhibitions “De-colonizing Art institutions”(2017), and “Say The Same Thing”(2017), at the OnCurating Project Space, in Zürich, and “Processos Públicos” (2010), at Paço das Artes, in São Paulo. She has published texts in the OnCurating web journal, Revista ZUM online, and in catalogues of exhibitions edited by Paço das Artes and Instituto Moreira Salles.

She graduated from the MAS in Curating at ZHdK in 2018.