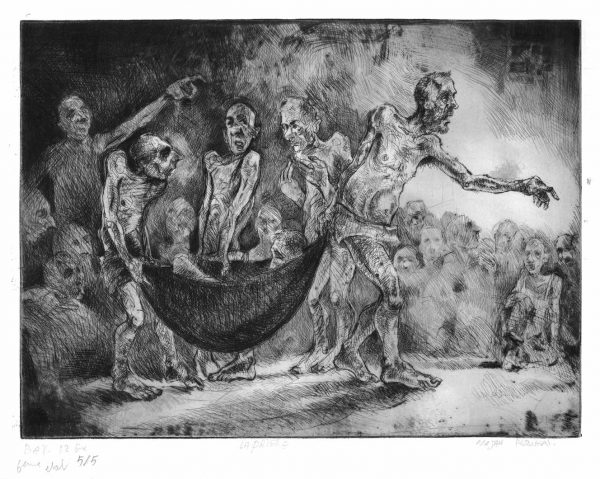 My curatorial research involves an ongoing interest in politics, and the ways in which art and politics intertwine with one another. As a curator, I attempt to shed light on Middle Eastern artists, and put together exhibitions that stand as a platform to open up dialogues and conversation within the region, as well as abroad.

We live in a tormented world where conflicts, wars, ethnic cleansing, and migration impact the identity and life of millions of people. Though many live different paths, the tool of recollection is the same: memory. Professor and literary critic, Edward Said, argues, “memory and its representation touched very significantly on questions of identity, nationalism, power and authority.” The brain has the ability and the power to deal with the past to bring the past to the present through memories, as Hanna Arendt points out, “the mind seems to be even stronger than reality; it pits its strength against the inherent futility of everything that is subject to change; it collects and re-collects what otherwise would be doomed to ruin and oblivion.”

Furthermore, through the stories we hear and grow up with, we inherit memories from our parents and grandparents and then pass those memories and ours to our children and grandchildren. Dr. Marianne Hirsh writes about post memory, which is the memory of the generation that came after the generation who faced a trauma. She takes the second generation of the Holocaust who watched the pain of their survivor parents as an example to her theory, “these experiences were transmitted to them so deeply and effectively as to seem to constitute memories in their own”.

Throughout history, people saved their memories by telling their stories through drawings and writings. Tremendous books on memory have been published, from autobiographies to the history of lands, tribes, wars, and everything one could think of. Memory helps people understand their history. Boris Groys believes that the memory “is the base of the innovation”. Therefore, art became a tool to explore memory projects.

This exhibition examines three different experiences of using art as a tool in dealing with memories:

First: the role of art in the shock of a traumatic experience, using art to erase the present and push it back to history, “transforms the images from unfinished (seemingly present) experience to past history.” The Handbook of Art Therapy. Page 337. As an example, the work of artist Najah AlBukai.

Second: the feeling of distance and loss that trigger the urge to search history and memory in order to bring the past to the present. Artists Hazem Harb, Silvia Der-Meguerditchian, Dor Guez.

Third: the constructed memory, or the imagined memory, like in the work of Joana Hadjithomas & Khalil Joreige with Etel Adnan, and the installation of Anna Pleseet.

Rafia Koudmani
A researcher on Syrian art and an independent curator, Koudmani received a BFA in Fine Art from the American University in Dubai, and an MA in curating from Zurich University of the Arts.
In 2009, she opened Rafia Gallery in Damascus, which aimed to provide a platform for Arab and Middle Eastern artists. In addition to exhibitions, Rafia Gallery hosted numerous art conferences and discussions, focusing on art in the Middle East. Due to the conflict engulfing Syria, Rafia Gallery closed by the end of 2011.