A Forest of Many Worlds: Nature, Care and Commons 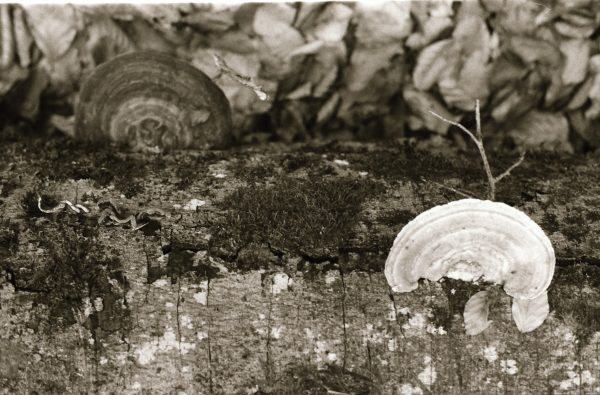 Curatorial Statement
Curatorial practices empower the creation of new imaginaries and practices within the present emergencies. Curating is a means of organizing spaces, platforms or constellations where processes of experience, encounters, ambitions and actions are embedded. Taking as a point of departure critical pedagogies, I understand the curatorial function as based on collective praxis. Accordingly, it should create a particular economy of collective organization to open the public sphere of artistic and curatorial practices. Following a decolonial critique, such collective practice should allow the emergence of practices of re-construction and re-legitimation of local histories, repressed subjectivities and subalternized knowledges that permit us to sketch new forms of living in the current global and more than human world.

A Forest of Many Worlds
“A Forest of Many Worlds” deals with the multi-faceted and multi-layered worlds of the Sihlwald and the complex interrelationships between the forest and the city of Zurich. The project aims to disentangle the exhibition space and its inherent objectifying tendencies from nature. In doing so, nature is not acted upon as an object of observation and reflection. On the contrary, nature becomes an actor. In this sense, the Sihlwald and its manifold biological, mineral, hydrological and montane entities find their place in the exhibition. The history of the Sihlwald exemplifies the complexity of the relationship between nature and man. The economic proximity -the Sihlwald was the main timber supplier for the city of Zurich- changed in the 20th century to a cultural distance, separating the space of nature from the space of the city. “A Forest of Many Worlds” brings this relationship between city and forest back into focus. The exhibition creates a relationship between the Sihlwald and the art space “la_cápsula” in the middle of the city of Zurich that changes the boundaries between nature and culture and dissolves the universalistic, Eurocentric dichotomy of nature and culture. Accordingly, a conflict-ridden, fluid space is designed in which the complex entanglements between different spaces and living beings unfold. In the spirit of a postcolonial critical view of nature, the exhibition takes as its starting point American indigenous modes of thought that advocate a fluid ontology of nature. Thus, the exhibition acknowledges the vitality of non-human actors. These shifts in perspective allow the participating artists to demonstrate new solidarities and pedagogies that embrace the forest as a starting point and co-creator.

The following artists are involved in the exhibition: Sarina Scheidegger (CH), Aldir Polymeris (CH), Paula Baeza Pailamilla (CL), Paloma Ayala (MEX/CH), Dominik Zietlow (CH) and Willimann/Arai (CH/JPN). The selection of the participating artists is based on their feminist and postcolonial engagement with nature and their lively exchange with Latin American perspectives that understand and analyze Switzerland in a global context. “A Forest of Many Worlds” features works created especially for the exhibition that shape a balance between human and non-human life and outline new forms of knowledge exchange and relationships between the forest and the city. The Sihlwald and its many worlds serves as an exemplar of the current complex relationships of political ecology. Starting from a horizontal collaboration in which the participating artists exchange ideas with the worlds of the forest and other experts (rangers, foresters, forest scientists, environmental scientists, etc.), the artists conceptualize and develop interventions in the forest and in the city. The art space “la_cápsula” functions as a meeting place for both habitats. The works are installed and shown at different moments during the exhibition period. The exhibition is thus characterized by a variety of different rhythms, cycles and events, which should not show a static image of the Sihlwald, but a fluid idea of the same. The goal is to inspire new solidarities with nature, which should enable them to leave the anthropocentrism of their experience of nature.

Jose Cáceres (Curicó, Chile) is a historian and curator. After studying history at the Pontificia Universidad Católica de Valparaíso (Chile), he received his PhD in history from the University of Zurich. He researched modern sexualities in reformed Zurich and their relation to body, gender and nature. As a senior research assistant, he teaches on postcolonial theories, Latin American history, and Swiss history at the History Department of the University of Zurich. In his postdoctoral project, he is working on the connection between conceptions of nature and history in a global context, especially in the knowledge-historical relations between Latin America and Europe. 2004-2006 he worked as a research assistant at the Landesmuseum Zurich. His curatorial practice is based on a collective practice exploring the intersection between nature, history and decoloniality. Among his recent projects include the documentary exhibition “Chilean Revolt. A Chronicle” at la_cápsula (2020) and walmapu ex situ (2020-2021) in collaboration with “trop cher to share”. He curated exhibitions on activism and art (On Curating Project Space Zurich) and on the poetics of social protests in Chile (Volumes at Kunsthalle Zurich and la_cápsula Zurich). Jose Cáceres is co-founder of the platform exhibition goers and the collective Decolonize Zurich.