An Ode to Adulting 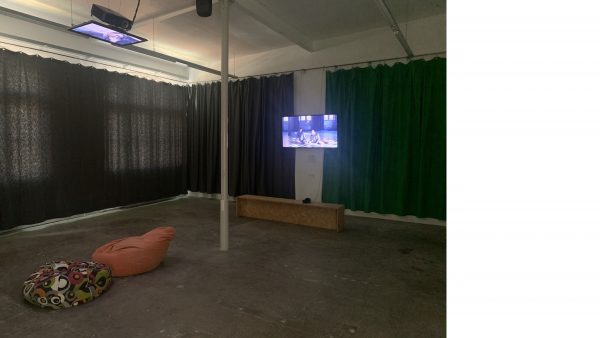 An Ode to Adulting is a contemplation of adulthood, within and against a myriad of backdrops. Adulthood/adulting is observed through films whose stories draw on the poetry of coming of age, “being of age”, and a latter part of agehood where often, it seems, a realization of failure and/or misguidedness in the performance of adult are had.

The title adult, for humans, is awarded not only for physical growth, but is highly attributed to the expectations laid out for the physically grown human being. Expectations emanating from both the individual and its society. The weight of these expectations often playing a significant role in the responses the adult has to life. These are not always directly communicated but through the performance of the ready adulting adults in a society, the one moving towards that position uses these performances as mode of example to emulate, once they themselves assume the adult role.

Abongile Willi is a South African Artist and Curator currently living in St. Gallen Switzerland. She holds a ND and a BTech in Fine Arts from the Tshwane University of Technology. She received a Certificate of Advanced Studies in curatorial practice from the the ZhdK, and has recently completed an MAS in curating, also from the ZhdK. Recent projects include assisting in the games.fights.and encounters which opened at the OnCurating project space in 2020, as well as curating An Ode To adulting, an film exhibition also shown at the OnCurating Project Space in May 2021. She has also been a contributor for the OnCurating journal, issues 32 and 48. In 2010, Willi volunteered at the Pretoria Art Museum as an Educational Assistant, facilitating art workshops as well as co-curating a number of exhibitions during the time. Along with fellow Educational Assistants, she helped with the opening of the Kopanong Art Studios, a residency for Pretorian artists. She was selected as one of 40 Emerging Creatives in 2016 by the Design Indaba for her Apples and Oranges jewellery designs. In the past few years she has exhibited her work in her home country as well as in France, England and the USA. Her research interests are in the acknowledgement of objective truth in contemporary discourse and an ethics of honesty in the industry of knowledge.